By being well-informed Ben can serve his constituents and perform effectively in Parliament. His research team can brief him accurately on both broader trends and on specific issues relevant to his local constituents.

Working for Exeter and the UK

In Parliament since 1997, Ben Bradshaw was a Minister in the Labour government from 2001 until 2010. He held a number of ministerial posts including health, foreign affairs, environment, finally becoming Secretary of State for Culture, Media and Sport.

As a Labour MP for Exeter, Ben’s responsibilities include addressing his constituents’ problems, drafting parliamentary questions and holding Government to account. He also sits on a Select Committee that helps to influence policy on culture media and sport. As a result, he needs a thorough knowledge of British domestic policy, foreign affairs, the European Union and Whitehall developments; he also needs a thorough grasp of the implications for the UK as a whole and also for his Exeter constituents.

Murray McKirdle is Ben’s Parliamentary Researcher. He and the rest of Ben’s team carry out research into local, regional, national and international issues as required, ensuring Ben is aware of any relevant matters for his constituency and parliamentary work.

Staying informed with the FT

“I moved from the Guardian and Times to the FT when I was a Minister in the Foreign O ice, because the FT’s foreign coverage was much better,” says Ben. “I stayed with it because I still felt that if I read one paper a day the FT would leave me the best-informed on politics and public policy” and says “the FT often provided quicker, more insightful analysis than Government briefings.”

“The reliable, detailed and up-to-date reporting helps ensure I have a good idea what both the Government and my own party are doing, which helps me draft responses to constituents. The good coverage of foreign affairs also helps me respond to constituents on issues such as the EU, or the current issues in the Middle East and Ukraine, with an informed position.” He also cites the good reporting of policy which helps him “draft questions in Parliament and challenge the Government where I think their policy is flawed.”

At home, Ben subscribes to the Financial Times newspaper. “I believe it’s the only remaining newspaper of record within this country... the only newspaper of quality. It’s the only daily newspaper that my household receives.” Ben also has an FT.com subscription provided by work, giving him access on multiple devices including desktop, iPad and iPhone. This is also available to his Parliamentary Researcher Murray McKirdle and the rest of the team.

For Murray, the FT keeps him and the team up to date with news that might affect Ben’s constituency, so they can follow up on those matters. “It’s a good source for following current affairs, for instance when looking at general economic trends on the national stage,” he explains, “but it also has great clarity in burrowing down into more relevant figures for the South West region. It provides an insightful view on world affairs that often have a direct and personal impact on Exeter residents’ lives – such as seeking refuge for relatives from war-torn countries.” Another example he gives is providing Ben with background information for the MP’s meeting with concerned landlords in his constituency.

For politicians, the FT’s rigorous editorial independence is useful because it produces unbiased coverage. In Ben Bradshaw’s words, “It doesn’t feed me a political line.” With journalists based in 50 cities across the world, it can also offer strong local expertise combined with a uniquely global perspective that puts national news in an international context.

This content helps to fulfil Ben and his team’s need for comprehensive yet insightful news and analysis of British and world events.

For Ben, the main benefits to him and his constituency are that he is “probably better-informed as a result. The FT has a record of covering the English regions, politics and economics in depth, in a way that other newspapers don’t do any more.”

Ben cites the “excellent” recent series on Britain’s housing crisis, including regional statistics, which he found very useful. The coverage and analysis of Middle East affairs has also helped him draft response to the many constituents who have contacted him about the issue.

This high-quality coverage keeps Ben informed and up to date, helping him to serve his constituents well and perform effectively in Parliament, while his research team can brief him accurately on both broader trends and on specific issues relevant to his local constituents. 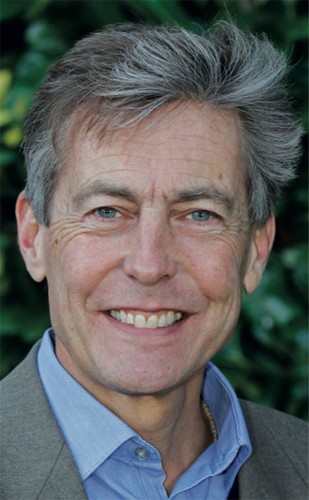 I felt that if I read one paper a day the FT would leave me the best-informed on politics and public policy... the FT often provided quicker, more insightful analysis than Government briefings.

We use cookies for a number of reasons, such as keeping FT Sites reliable and secure, personalising content and ads, providing social media features and to analyse how our Sites are used. Manage cookies